You are at the right place if you are a fan of shooter games like May Payne. Here, we have picked the best Games Like Max Payne for Android, PC & iOS devices. Max Payne is an exciting third-person shooter game. The action & adventure with hi-tech 3D graphics cause you goosebumps. This game is a story of a man, who takes revenge on a drug edict gang that murdered his whole family. He fights for his family. The unique features of this game make it more exciting.

To keep your excitement high, we will discuss similar Games Like Max Payne for Android, iOS, and Windows. Which you can enjoy anytime on any platform.

Shooting Games like Max Payne are available on various platforms. Comparatively, it is more fun on PC but easy to carry and play on Android & iOS devices. We have picked Games Like Max Payne for Android, iOS & PC devices here. Let’s have a look one by one.

Sniper 3D is an online multiplayer game. Though it can be played in Offline mode also, in that case, multiplayer is not available. It is a shooter game like May Payne that gives you unlimited fun and a chance to be the best shooter in the world of games.

As the name shows, it is a 3D shooter game with advanced features. You are advised to not play this if you are under 18. Yes, you read it right. This game is full of assassins and war, so tender heart people please avoid this.

Why wait. Just click the below button to download 3D sniper game to become the best in the world.

The feature which makes it different from other shooting games is the space. As the name shows, the shooter is killing his enemies in an open space. All his enemies are scattered and hidden in various structures. He has to search and kill each one of them.

Your one small mistake may cause your loss. You do not just have to spray bullets on your enemies, but play tactfully and wisely. It is also a third-person shooter game like Max Payne.

So, why wait? Download it from the link below to enjoy it on your own.

In this game, you are not a hero. You are a member of a bank robbery gang. And you have to face cops in 70+ bank shooting challenges. In short, your aim is to become a ruthless bank robber, who fights to commit crimes. It is unique among the games similar to Max Payne.

You have to think like a heist master. Every time you get a different scenario. The shooting challenge will depend on your gun skills and moves.

You get a chance to customize and modify your weapon as per your imagination. Get your arsenal ready with wild and deadly weapons, which help you get success in every next robbery.

Front Commando 2 game gives you feel like a fighting soldier. It’s a third-person shooter game like Max Payne. It’s actually a game of betrayal. You are playing a character of a soldier, who is being betrayed. And shockingly left for dead on the battlefield.

In order to save himself and take revenge, he has to arm his group. This game is exciting and different from other shooting games. Its third-person shooting feature makes it similar to Max Payne 2. Don’t miss the fun. Download from the link below and enjoy.

Sniper Games Offline is a free 3D Offline shooting game. This game is exclusively designed for android mobile. It is equipped with different sniper modes. This game is based on an interesting storyline.

So, just gear up yourself and get ready for a new battle. The most interesting thing is it is available Offline also. Try all game modes for a better shooting experience.

It’s time to save your land and romantic gateway. The evils are back and disturbed your sound & peaceful life. It’s time to retaliate and retain your harmony.

Grab your powerful deadly guns and start the mission. Kill all bad souls to complete the mission full of adventure.

This game is available in both Online & Offline mode. Obviously leaderboards and and prizes are available in Online mode only.

Grab your biggest guns and start a new mission. Blast bad guys, dodge bullets, and travel to the moon and back in an adventure only worthy of Major Mayhem. This game is not easy to get mastery. You have to be quick and smart.

Explore colorful 3D graphics and exciting costume and guns by installing and playing it on your iOS device.

Slaughter 3 game is based on an interesting storyline. A city reserved as a massive prison for years is now in chaos. The criminals, thieves, killers, and thugs kept as prisoners have now rebelled.

Actually, the prison fall has fallen down. And the criminals took full advantage of this opportunity. They crushed the entire prison complex and slaughters the security of the complex. The local residents were forced to leave the place.

So, what next? You are a single-man army now. All your partners have gone and you are not able to communicate with them. You have to stand and rebuild your group. For all this, you need to be strong and prepared.

Get contracts for high-profile assassinations. It does not only kill and escape. But also, protect yourself from sudden attacks. Kill your targets with silencers and just pass yourself from enemy areas quickly, or else you will be shot.

Now, it’s time to deal with the long-time mystery and save the world from monsters. It’s a battle to save mankind. But, you are not alone in this worldwide battle. Several strong characters are involved in this war.

You will get the full support of Engineer Nicolas, General Baker, A brilliant professor, and the superhero of this game Kate Lia. Superhero is just a denotation, He is actually the best companion of the hero of the game over the years.

You get the feeling of victory in this game by seeing the dead bodies of the monsters. The corpses do not disappear. You should analyze the reason for the enemies’ attack after every mission.

Users actually get a feel of a real hero after every victory. You are a warrior, you are a survivor. Prepare yourself for every war and sudden invasion. Upgrade yourself and your weapons for the unexpected attack. Most importantly, you can play this game with your friends in its multiplayer mode.

5. The Wolf Among Us

The wolf among us is one of the most interesting games. It is based on Bill Willingham’s Fables comic book series and consists of five episodes. Every episode is full of thrill and violence. It’s an award-winning game.

Unique themes of all episodes are as below:

Survival in a big bad city is not easy even if you are a Bigby Wolf. Your every step is important and a single mistake may cause a big loss. Its detective, violence, and graphics are very similar to May Payne. You will definitely like to play this if you are a fan of the Max Payne Shooting Game.

Install this on your iOS device from the link below and explore.

Now it’s time to come out of your world fantasy. The awaited Superhot Mind Control Delete is here. With more stories and excitement. You make your group with new skills and new armaments. Enemies are ready to attack from every direction.

You do not just have to shoot, but shoot and slice together. And Make your own way through several challenging battles. The more you overcome the encounters, the stronger you become. You are moving forward. You have been here earlier also. But this time, it has some meaning. You have to do something big this time.

Install this game on your PC and Build your foundation of Superhot Mind Control Delete.

Striker Zone is an online multiplayer 3D shooter game. You can join other players from all over the world. Its shooting feature is similar to the Max Payne. Striker Zone gives you a chance for weapon selection.

This game is available in both team battle and single battle mode. You can play in whichever mode you want to play. The communication medium with your country stalker is very simple.

You fight for the honor of your country. In the do or die like situation. You have to be clever enough to find your enemy’s weak point to crush that. This game provides more than 30 types of guns, landmines, grenades, and rifles.

But you do not get all weapons altogether. As you play more, you unlock more weapons. You can select the graphic as per your device. The weapons and the battlefield seems real in this game

Code of war is a pure shooting action game. In which you get a variety of weapon selections. Its 3D Graphics gives a realistic feeling. This game is based on realistic Physics.

It is available in multiplayer mode. So you can enjoy yourself with friends in Online mode. You can see your score on the leaderboard. Try to score high and be on the top. In this game, you’ll get lots of dynamic battles, hence No time for rest.

They are waiting for an angel who fights for them and saves them from devils. So, be the incarnation and take a stand for them. The more you’ll fight, the more you’ll be loved. Enter the world of battle and protect humanity.

Cyber Hunter is a multiplayer shooter game with outstanding graphics. Humanity has exceeded the technological development limits. So, the world has entered into the chaos of war. Conflict is arising between advanced technology & descendant civilization.

You will definitely like this game if you are a fan of Max Payne. The feature and graphics of this game are like Max Payne.

Max Payne is a 3D graphics game with exciting features. It’s very engaging and good to play. The Games like Max Payne 2 mentioned above are easy to play. We have picked the games with user-friendly features and navigation. Most importantly, these games are compatible with all types of devices. Enjoy, the games, and don’t forget to share your experience with us.

What are the best Similar Games Like Max Payne for Android?

What are the best Games Like Max Payne for iOS Devices?

The best Games like Max Payne for iOS Devices are:
Major Mayhem 2: Action Hero
Slaughter 3: The Rebels
Contract Killer 2
Alien Shooter 2 – The Legend
The Wolf Among Us

What are the Games similar to Max Payne for PC?

Can I download Max Payne on my Android Device?

Yes, you can get Max Payne on your iOS devices.

Can I play Max Payne on my PC?

Yes, you can download and play Max Payne on your PC. 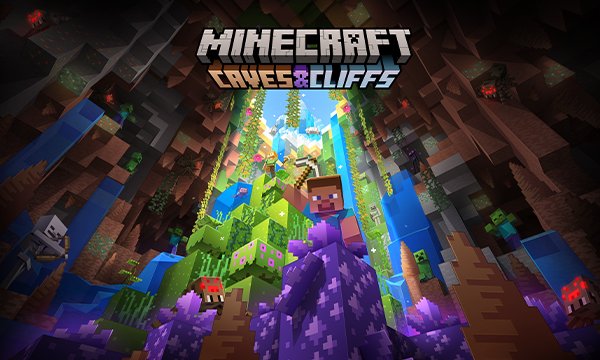