Last evening, I puzzled with some questions. What is No Wifi Games? Why people are rushing for it? Why are they becoming famous day-by-day? What are the Best No Wifi Games? So, I just Google and came up with some interesting facts.

Almost 4.6 billion people in the world are mobile users. Because phones have eased human life significantly. Out of 4.6 billion, 50 percent are smartphone users.

Almost every smartphone user plays games on mobile. The majority of mobile games require active internet. Which leave us in NO DATA zone. But thankfully, now a days no WiFi games are available which runs without internet connection.

What does No WiFi games mean?

No WiFi games mean games without WiFi. In simple words, games that do not require WiFi to run. Though, you need active internet connection for installation. But once you download offline games to your phone, you can play it without internet.

However, you need active internet connection for updates. Like, to feed player details in the app or update the app to it’s latest version.

Why do you need Games without WiFi?

Even in this 21st century of the technology era, there are several places where internet connectivity is very poor. In that case, forget about playing, even game loading takes several minutes or sometimes fails to load.

Sometimes your internet or WiFi just stops working. Because of some technical issues, or you forgot to pay the bill, run out of 4G data, bad weather, heavy rain, storm etc. These awful situations are really painful.

When you want to play games without interruption, slow speed or lack of internet connectivity bound you to face troubles. These are the situations when you exactly need free No WiFi games in your device. Games are the best time pass and you don’t get bored even on an isolated island.

Before describing in detail, we are listing down some of the free best no WiFi games irrespective of devices.

Best 5 No WiFi Games for Android

As per the announcement made by Google, more than two billion monthly active Android devices are in use around the world. Android has incorporated a massive crowd into Technology and Entertainment. To the ease of those Android users, at first briefing the top 5 non WiFi games in tabular form.

I grew up playing temple run on my mom’s mobile. Thanks to Imangi studios for making such an amazing no WiFi game, Otherwise I would have been definitely scolded for draining the mobile data.

Temple run 2 was released on 23-Jan-2013. Soon after it’s release, I came to know about this game without internet. I am very fascinated by this free action game. It is an endless running game with beautiful graphics. However this is free, it’s features are very hi-tech.

To cross all the levels, you have to run run and run. You get new obstacles and bigger monkeys, at every next level. So you have to run, jump, turn and slide to save yourself. It can entertain you hours. Therefore, Temple run 2 is very famous among all the game lovers.

Surprisingly, it has crossed a zillion downloads i.e approx
500,000,000+ till date . Though it requires 60 MB to get installed on Android device but the size varies with device. On 25 January 2019 it’s latest version 1.53.2 was released.

Most probably every Android user has installed and played Candy Crush Saga at least once. This is the reason it has more than 500,000,000 downloads across all platforms. This is one of the best no wifi games available for android.

Candy Crush Saga was released by King on April 12, 2012 for Facebook,
other versions for iOS, Android, Windows Phone, and Windows 10 followed. Initially, it was released for Browser.

Candy Crush Saga is a very interesting puzzle game. In this game, players complete levels by swapping and matching colored pieces of candy on a game board. When the player matches three or more pieces of same color, the candies eliminated from the board and replaced with new ones.

Matches of four or more candies create unique candies that act as power-ups with larger board-clearing abilities. Various goals of boards such as a certain score or collection of specific number of a type of candy must be completed within a fixed number of moves or limited amount of time.

Candy Crsuh Saga has been one of the highest-grossing and mobile apps. You can also access leader boards to watch your friends and competitors. It’s a very interesting game. Above all, this game is absolutely free.

Angry Birds Classic is a casual Arcade game. It was released by Rovio Entertainment Corporation on 15-October-2010. The story behind its development is very interesting. At the time, the swine flu epidemic was in the news so the developers decided to use pigs as the enemies of birds.

This offline game has received over 100,000,000 installations across all platforms since release. The download size is 99 MB.

The game was “one of the great runaway hits of 2010” and credited with “the largest mobile app success the world has seen so far” in 2014.

In this game without internet, players use a slingshot or catapult to launch birds. The birds are launched around various structures with the goal of destroying all pigs on the playing field.

Birds’ destructive strength can be boost up with powerups. New types of birds with special abilities become available as players advance through the game. The abilities of the players can be activated by the player.

Rovio Entertainment has released stand-alone holiday and promotional version of the game. The latest version 8.0.0 was released on 5-December-2018.

Subway surfers is an endless runner free no wifi game. Kiloo and Denmark based SYBO Games co-developed this game on 24 May 2012. It is a single-player mode game.

In this free game without wifi, players take the role of young graffiti artists. The artists run down the railroad tracks to evade capture from an inspector and his dog, upon being caught in the act of applying graffiti to a metro railway site.

As they run, they grab gold coins while simultaneously dodging collisions with trains and other objects. They also jump on the top of trains to escape.

Though this game contains ads. But in 2017, it was the most downloaded game across the world. It became the first game on the Google Play Store to cross one billion downloads threshold in March 2018.

As the name implies, hungry shark revolves around the player. To progress, the player must eat everything and everyone in their way. Consume other marine animals and grow in size until the next, more powerful sharks are unlocked.

And the Secret lab sharks are:

However, this free no wifi game contains ads, very popular among youngsters. The download size of this game without wifi is 99 MB. It has received over
100,000,000 across all platforms around the world. The current version 6.4.6 was released on January 9, 2019.

Best 5 No WiFi Games for iOS

In January 2016, Apple announced it had surpassed 1 billion active iOS devices. But competition & Expectations also rises with consumption. So, like android, many no wifi games for iphone/iOS were developed. Hence, at present, lots of offline games available on the App Store. We have picked best no wifi iOS games so you can enjoy them anywhere, anytime without having an active internet connection.

Asphalt 8 is a free non wifi racing game developed and released by Gameloft on August 22, 2013. You will definitely like this game if you are a racing geek.

The player has given four control options, i.e “Tilt to steer”, “Tilt and icons”, “On-screen controls” and “Tap to steer”. This is a sequel of the most popular Asphalt series. It is the first game in the series to use Game Center for achievements.

There are 221 cars and 14 motorcycles are available in this game. The vehicles are divided into five classes. The player starts the game with one vehicle in the lowest class (Class D). All other cars are immediately available for purchase without the need to collect stars to unlock them.

There are 40+ high-speed racing tracks to be unleashed in Arcade mode. you can play it in single-player mode while offline, however you can play with up to 12 opponents globally via internet.

Plants vs Zombies 2 is a sequel of highly successful game Plant vs Zombies. PopCap Games developed and Electronic Arts released this game on August 15, 2013.

Plants vs Zombies is a single-player adventure game in which the player has to save his yard from zombies (as the title suggests). The player get to battle across 11 crazy worlds. The army of plant supercharged with Plant food and ready to defeat legions of hilarious zombies. You require 120.2 MB space on your device to install this game.

It had 1 million daily active users just after two months of its launch. The game gain popularity due to its interesting murder investigation theme. In this game without internet, you join police team to solve murder mysteries and cases. As you continue solving mysteries one by one, you advanced towards the next level. You investigate the crime scenes, gather all the findings, lookup for the clues, bring the suspects for questioning and find out the real culprit. You have to analyse the clues very carefully as you will face corrupt and liars throughout the whole investigation. But you have to be careful and open your all senses to get success in the game.

You need 144MB in your device to install this offline game. It’s current version 1.32.4 has been released. This game is absolutely free and available in English, Russian, French, Korean, Traditional Chinese, Indonesian, German, Italian, Japanese, Portuguese, Spanish and Turkish language.

Solitaire has always been in the favourite list of all the game lovers since PC time. Free Solitaire iOS game as released by MobilityWare in English, German, Italian, Korean, Japanese, French, Russian, Portuguese, Spanish, Simplified Chinese and Traditional Chinese. It is one of the best no wifi games for PC.

This is among the most popular games without wifi. MobilityWare has been made it more interesting with daily changes. They often update the game to include fun new features. Even each day you will get a unique daily challenge that earns you crowns and trophies. The more crows you win, the more trophies you get. There are different beautiful themes for spring, rainy day, Christmas and so on.

The download size of this free game without wifi is 206.1 MB and the current version is 6.1.3. You can play this game in single-player or in multi-player mode with your friends.

As name says, Fruit Ninja is the most interesting fruit cutting game. This game is fit for any age group. Halfbrick studios developed and released this game on April 21,2010.

The players swipe their fingers across the screen to cut the fruit thrown onto the screen. Extra points are awarded if the player cut multiple fruits with one swipe. However, the players can use additional fingers to make multiple slices simultaneously. The game ends if the player miss to cut three fruits, so the players must slice all the fruits.

In addition to free offline games, you can get good quality games if you want to pay. Unlimited high-quality games without internet are available on App Store & Play Store. Most importantly we just have to be clear about our choice.

No votes so far! Be the first to rate this post. 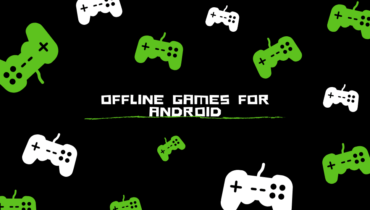 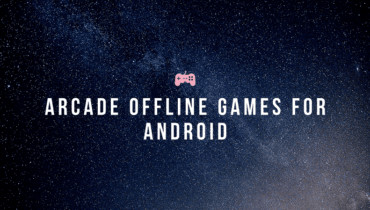 More about this author
Author 9 Posts