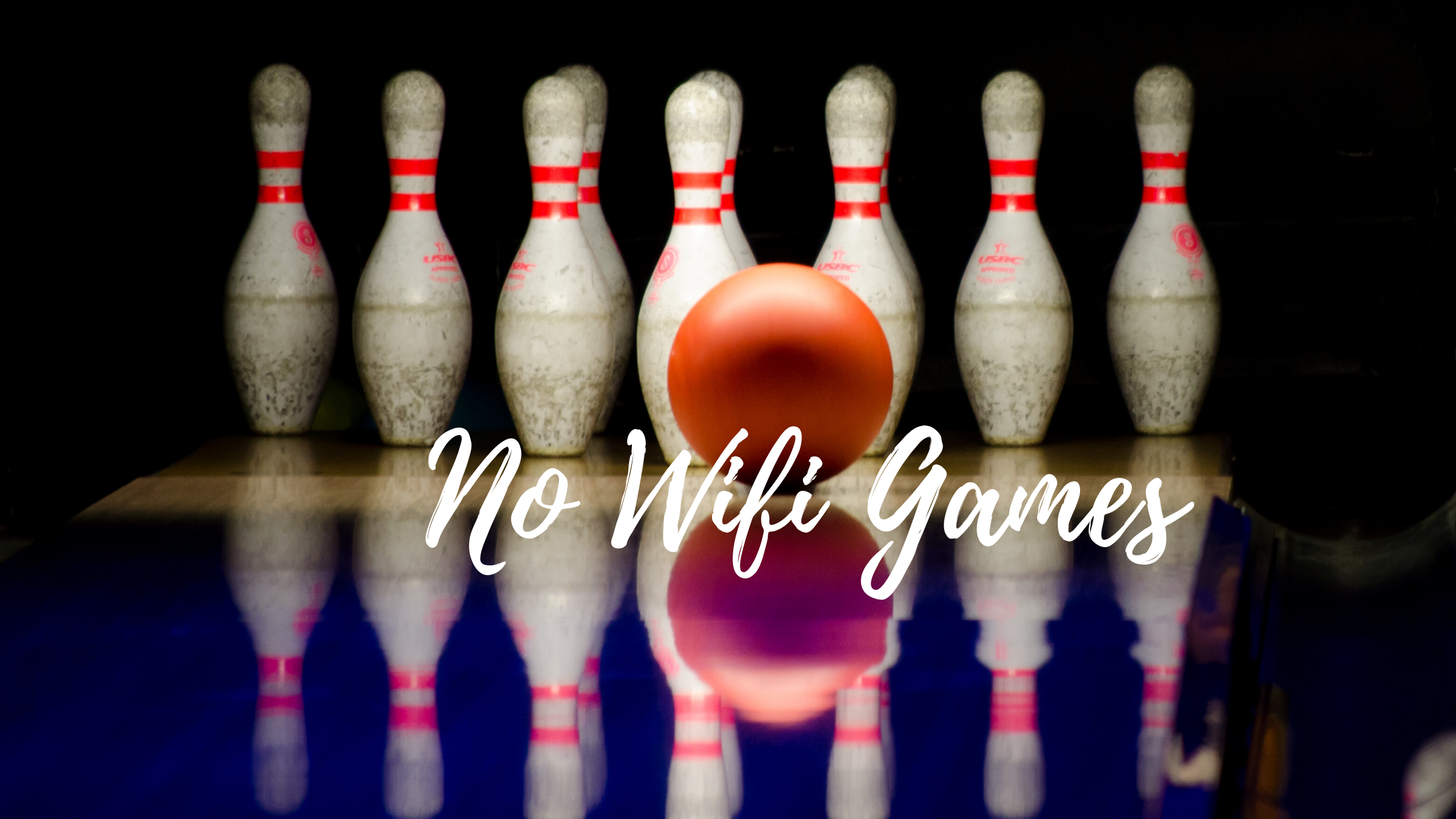 Imagine the best android & top offline iOS games that don’t need WiFi. Yeah, it will be great! But the question is, why do you need no WiFi game?

From the beginning of 2020 to the mid of 2021 we were locked in our houses. The first & second wave of Covid was more deadly. It was better to stay home & stay safe. But even in this modern era of technology, there are some places where internet connectivity is poor or unavailable. For instance, People who live in dense areas or work in basement, can feel the pain of not having games that do not need WiFi in their phones.

These games are not only for these hard times but also while traveling through mountain areas or moving from one place to another by plane.

To engage yourself in those “NO INTERNET ZONES”, playing games without internet is the best thing to do. Therefore, no wifi games are becoming very popular day by day.

Offline games are those best games that don’t need WiFi. Not only kids, but adults also like games. Everyone enjoy playing games on phones or laptops.

Generally, parents give their gadgets to kids to keep them engaged, but don’t want their kids to search other things on the internet. Because lots of information and content available on the internet are not good for the kids.

On the other hand, if you are giving your gadgets to your siblings, you will definitely don’t want to show them your buddy’s chats. To save us from those critical and awkward situations, some great people developed fantastic games that don’t need WiFi.

What are the Benefits of Offline iOS Games & Android Offline Games that Don’t Take WiFi?

Approx. 2.2 billion people in the world are game lovers. How good is it if they have free games that don’t need wifi or internet on their mobile.

What are some of the Best Offline iOS Games & Offline Android Games?

Lots of free games that don’t need WiFi are available for android and iOS. Now the question is, which games should we keep in our gadgets (mobile, PC or tablets). Therefore, to ease the game seekers, I am briefing the ten best no internet games below.

It’s very interesting to know what the world is rushing for. This is the way to know the best genre options. As necessity is the mother of invention. So, the best collection will be is available in the category/genre, liked by most people. So, after the analysis of offline games analysis, we got below results:

As it is clearly seen in the chart, adventure games are liked by 43%. And 11% of people want to play strategy and creativity-based games.

There are lots of free games available on Google Play Store and App Store that don’t need internet. Choosing some of the best games can be quite hectic. To ease your selection, I have listed down top 10 games that don’t need WiFi or internet regardless of their genre.

Big Little Farmer is one of the best farming offline fun games that don’t need wifi. Therefore, it is very famous among the fun game lovers.

Till date, the total number of downloads of this app is 50,00,000+. Big Little Farmer Offline Farm needs minimum of 77MB space for downloading. Any android or iOS user can download this game to their device.

In this game, you can polish your farming skills. Live the peaceful country life like a farmer and decorate your own farmland in this big little farmer farm. You can cultivate and harvest crops like cotton, wheat, corn and canola. In addition, you can become the leader of business world with Bakery Products, Dairy Products and Garments etc. Above all, this game is absolutely free. The latest version 1.6.0 was updated to 1.6.0 Version on 2nd July 2018.

Badland is single-player and multiplayer adventure game, developed by Frogmind Games. It is entertaining people from 4th April 2013.

Badland does not need WiFi or internet to play. In this game, the player flies around a little black creature through the woods. The game has beautiful forests with various inhabitants, flowers, and trees. Above all, the ambiance of this game is lovely with amazing graphics. However, you need to play a little amount. You will enjoy it certainly.

This offline game provides ultimate experience because a player can play 100 unique levels in a single-player mode. Also, it has a multiplayer mode in which max four players can play on the same device up to 23 unique levels.

To download Badland on your mobile phone you need to have minimum 185 MB space on your phone. Almost 1,00,00,000+ people have downloaded this game on their devices till date.

Crashlands is one of the action-adventure and role-playing offline games that don’t need WiFi. It is single-player video game which is available for Android, iOS, Microsoft Windows, Linux, Macintosh operating systems. Butterscotch Shenanigans developed and published Crashlands on 21 January 2016.

In this game you craft, battle and quest your way through Crashlands, an outlandish story overflowing with sass. You learn to survive, thrive on planet Woanope and build yourself a home-away-from-home. Therefore, it is very popular among youngsters. Till date the game has been installed by more than 1,00,000 people. Its latest version 1.4.10 was released on 12 December 2018.

Legend of darkness has got 5,00,000+ downloads till date. Firstly it was released on 8 September 2015. This half-auto offline role-playing game, developed by Loverpg. The download size of this game is 25 MB.

A large number of divine weapons, wings and special equipment to fight with monsters. You need to kill monsters to level up. Though this is a violent game, but very popular among the action games lovers. The latest version of this app is 6.1 which was updated on 7th June 2018. Certainly it is available for Android and iOS devices for free.

5. Once Upon a Tower (Adventure Game)

The once upon a tower game is one of the free offline games for Anesdroid and iOS that don’t need WiFi. This adventure game has been downloaded more than 10,00,000 times. Pomelo Games developed this game. 20 September 2017 is the initial release date of this game. Latest Version 13 was updated on 26 November 2018. The download size of this adventure game app is 54.97 MB.

Once upon a tower is a challenge to escape a high tower. You have to beat your enemies subsequently manage to escape the dragon. All you have is a war hammer.

Jungle marble is a marble shooter game. It was developed by Coolstudios on 10th July 2017. In this game your target is to eliminate all the marbles. The download size of this game is 29.31 MB.

Jungle Marble Blast is an Arcade fun game that doesn’t use WiFi. Above all, this game is absolutely free for Android & iOS. Currently, the total number of downloads of this game is 1,00,00,000+. It’s latest version 2.3.6 was released on 22 October 2018. This fun game is available for Android 4.0.3 and up.

This action game requires 20.39 MB on a device for downloading. It was developed by Clapfoot Inc. on 25 May 2012. This app is compatible with all Android devices. Similarly, for iOS devices.

To conquer your enemies you have to play strategically. As the name reveals, it is a laser war. You can equip your tank with ray guns, sonic cannons, plasma howitzers, and more.

In other words, I can say that it is a unique game. Because laser is used as the most prominent weapon in this game. The total no of downloads of this app is 50,00,000+. So, it has a large number of fans worldwide.

Currently, its 1.1.8 version is available which was released on 11 September 2018. This is available for 2.3 and up Android and iOS devices.

Smash Hit an action game that don t need WiFi. In this game, you have to smash everything in your path. You do not have to travel but break glass objects that stand in your way. Mediocre AB is the developer of Smash Hit.

As the name reveals, Shadow Fight is a fighting game.

Shadow fight is an amazing fighting game. This is very popular among all the action games lovers. You can equip your character with rare armor sets and countless lethal weapons.

It features several animated Martial Art techniques. You have to crush your enemies and be the one to close the Gate the Shadows. In short, it is a role-playing game. In which you have to act like a warrior. Latest version of this app is 1.9.38, released on 2 July 2018. This is available for iOS and 3.0 and up Android devices.

Crossy road is a free arcade game. Hipster Whale is the developer of this game. Firstly the game was released on 7 January 2015. The download size of this app is 74 MB.

Because Crossy road is available on several platforms, it is very popular among the game lovers. It is available for Android, iOS, Windows 10, Windows Phone, Windows 8.1 and tvOS. This a fun game which do not needs WiFi to play.

In this game, you have to find out the answers of several questions. For instance, Why the chicken cross the road? Why did the Pigeon leave that there? etc.

Jigsaw Puzzle is one of the most-downloaded free puzzle games to play offline in the world. It is an easy to play addictive game with 13,000+ HD pictures.

This Offline Puzzle game helps you exercise your concentration & short-term memory. Nevertheless it has many attractive features that differentiate it from other regular apps.

It’s Daily free puzzles, Mystery puzzles, daily updated gallery to not let you run out of free Puzzles, helpful hints to get you next piece of puzzle, rotation mode (to make the game more tricky and interesting), and up to 400 puzzle pieces make it more interesting and give edge on other apps.

So why wait? Just install the Jigsaw Puzzles to discover the exciting world of Puzzle Games.

How Many People in US Play Offline Games?

Here are some interesting facts about games. US-based trade association of video game industry “Entertainment Software Association” releases games stats report every year. According to that report, 64% of US households own a device that they use to play games.

56% of the most frequent gamers play multiplayer games. They play with their friends, family, parents and spouse. They believe that games connect them with their friends and helps them to spend time together. So such a large number of people like to play games.

In conclusion, we can say that games unite people. On the other hand, it is a nice way to pass time without boredom. Above all, it will be more fun, if they are free offline games that don’t need WiFi or internet. Because it does not cause tension of slow speed or advertisement interruption. It’s better to play games and stay home. Rather than wandering on streets.