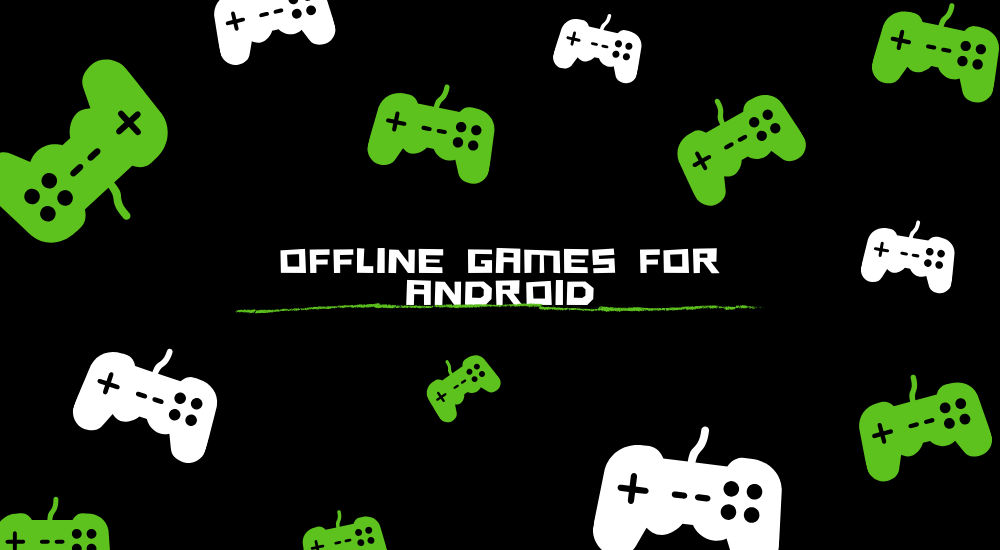 At present, approx 2.5 billion monthly users are active on Android. For all of them, we have catered top Offline games of all genres for Android.

As per a report published in 2019, over 2.4 billion people in the world love to play video games. Some of the games are online and some Offline. Even in this tech era, there are several places where internet connectivity is very poor. So for all of them, offline games are just like a boon.

Casual games are the most popular mobile gaming app genre among Android gamers. It has a mobile penetration rate of 58.86 percent worldwide. Top game genre worldwide.

Puzzle games are the second most popular Android mobile gaming app genre. It has a mobile penetration rate of 56.50 percent. That means almost 56 users in every 100 users have Puzzle games on their mobile phones.

Candy Crush is the most popular puzzle game. you can play this game without wifi also. Though in offline mode you won’t receive updates. But those updates can be received one time. and those are not very useful for playing.

Initially, this offline game was released for Facebook on April 12, 2012. King Digital Entertainment is the development and publishing company of this game.

As per a report published in 2019, Arcade games ranked three in most played Android games. With a penetration rate of 55.08%.

As name defines, Offline Bubbles is one of the offline games for Android. It is the best game to play when you want to pass the time or relax. It is a super fun offline game that kept you busy for hours without losing phone data.

Best No WiFi Games for Android

Action games rank on four with the penetration rate 34.19%. There are a lot of offline action games for Android. Critical Ops is one of them. It is a multiplayer first person shooter video game, developed & published by Critical Force Ltd.

Racing games stand rank fifth with 30.83% penetration rates on Android Mobile phones. How can we forget “Racing Fever” when talking about racing games. It is one of the most popular Offline racing games for Android.

This multiplayer racing game was published by Gameguru. It is an endless runner game. You will get a lot of traffic on your way. But you have to avoid and save yourself. Sooner or later in this game, you will end up crashing one of them.

The total no of downloads of this Offline racing game is 50,000,000+. You need 63 MB of space in your phone to install this game. It’s current version 1.7.0 was released on 29 July 2019. Though you can play this game without wifi. But you need wifi or active internet for updates. This game is absolutely free.

A strategy game is a game in which your decision-making skills pay off. These skills have a high significance in determining the outcome.

A strategy game or strategic game is a game in which the players’ uncoerced, and often autonomous decision-making skills have a high significance in determining the outcome. Almost all strategy games require internal decision tree style thinking, and typically very high situational awareness.

Age of Civilizations II is a grand strategy game. This Offline game for Android is simple to play but hard to master. Łukasz Jakowski is the publisher of this Offline game. 21 November 2018 is the initial release date of it.

This is another interesting genre that has 15.35% penetration rate in the world of Android. This genre is liked by every age group.

Call break is one of the Offline Card games for Android. You will get multiple ads in this online mode. So better to play in Offline mode. No active internet connection required to play this multiplayer game.

Adventure games are such games which take you on the adventure. They are among the most unique of any games.

Sky dancer run is one of the Offline adventure games published by TOPEBOX. In this game, you have to run and jump from one flying island to another. Crossing hazardous cliffs and avoiding large boulders. You feel like a bird while running through the sky.

Role-playing games are such in which players take roles of imaginary characters. Who engage in adventures, fight, typically in a particular fantasy.

The Bard’s Tale is an action role-playing Offline Android game. It was developed and published by inXile Entertainment in 2004. Vivendi Universal Games distributed this game in North America and Ubisoft in Europe.

It is action role-playing offline game. This game has got 500,000+ installations till date. Current version 1.6.8 was released on April 18, 2015. Your phone needs 29 MB space to install this no wifi game.

Whenever we talk about sports, it creates a sort of excitement. Sports keep you fit and healthy. But here we are talking about sports which you can play on your mobiles.

FIFA Soccer is one of such Offline games for Android. EA Vancouver and EA Mobile jointly developed this free no wifi game in 2016.

It is both single-player and multi-player game. Till date, it has more than 100,000,000 installations. Current version 13.1.04 is available on play store which was released on March 12, 2020. Though this game is absolutely free, you can do in-app purchase also for better features.

Fighting games are a sort of action game in which two (or sometimes more) characters fight each other.

Real boxing 2 is a type of android game in which two boxers fight with each other. You just have to enter the ring and fight for your glory. You will face dangerous and strong opponents in the ring and score a knockout. This is one of the best fun fighting games.

Games are being loved by every age group. But yes the nature and genre of games depend on the age of the person. Mostly Kids and children love to play bubble, strategic, puzzle, casual, and racing games while youngsters love fighting, action, adventure, role-play and sports game. On the other hand adults and senior citizen enjoy cards, casino or sometime bubble games also.

What are the best Puzzle Games for Android of 2021?

As per a report published in 2019, there are almost 2.4 billion video game lovers world wide.

How many video games are available on all platforms?

Approx 1181019 video games are available across the globe.

What is the biggest platform of video games?

We are not trying to generalized the things but yes this is a general observation. Above all, everyone has a different choice and interest.